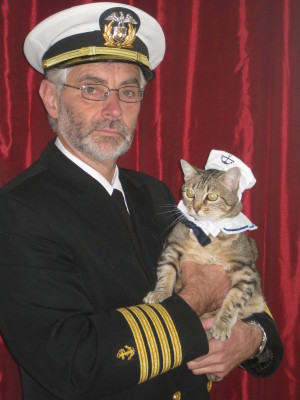 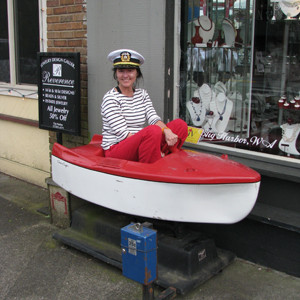 Captain Ron Fugere and First Mate Mari Blakeslee founded Northwest Sailing Adventures in 2014. By the conclusion of the 2021 sailing season, they had logged many thousands of nautical miles and hosted hundreds of wonderful guests from all walks of life.

When they embarked on their venture in adventure, it was to fulfill their dream of sharing the joy of sailing and the wonders of nature in one of the world’s premier cruising grounds, the San Juan Islands. As they plotted their course in business, they were navigating uncharted waters (figuratively speaking). In navigation, allowances must be made for leeway and the set of the current. Mariners call this “course made good.” Over the course of several seasons, they created many warm, glowing memories for their guests and themselves. Memories are little more than “dreams made good.”

Having fulfilled their dreams, they began to consider what the future held for them, when they would sail off over the horizon on new adventures. But what to do with the thriving, successful business they had created? Who could continue to provide the experiences they gave their guests while maintaining their high level of service? They had to look no further than their long-time friend, Captain Scott Renzi. He joined the crew in 2019, and by the conclusion of the 2021 season it was clear that he was ready to carry the torch into the future. Fair winds, Skipper! 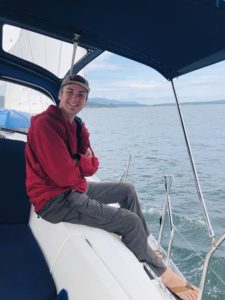 Captain Scott Renzi was born into a family who treasured time on the water, his earliest memories were of the St. Lawrence River in the Thousand Islands. His family traveled by boat as much as they did by car. When he was ten years old,he got his first boat. Being in an international waterway, he quickly learned the rules of the water, and a thirst for freedom.

In his twenties, the west called, and he relocated to Bend, Oregon where he started a business and embraced life in the high desert. In 2010 he started spending time in Seattle and the Puget Sound region.  The areas vast and majestic waterways rekindled his passion for the water and awakened his adventurous spirit .  Then, in 2012, he caught the sailing bug and never looked back. 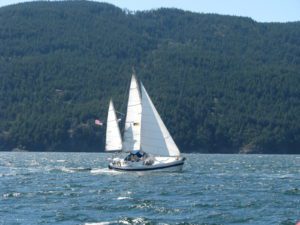 He studied sailing at Puget Sound Sailing Institute and joined The Seattle Sailing Club. When he started taking groups of friends sailing he realized that he enjoyed sharing the experience of sailing and teaching others. Then in 2013, Scott crossed paths with Captain Ron, Scott’s future collaborator, and his 35 foot Coronado ketch, Pato Feo. He fell in love with Pato, purchased her from Captain Ron, and moved aboard. Captain Scott has sailed extensively in the Salish Sea, from the far reaches of the South Sound, through the San Juan Islands, and through British Columbia to Desolation Sound and beyond. Captain Scott’s sail experience is not limited to the Pacific Northwest. He has skippered in the British Virgin Islands and as crew,  island hopped from Antigua to Grenada, and across the Caribbean Sea to the BVI.

In 2019, he began a collaboration with NW Sailing Adventures. After completing his Coast Guard certification, Captain Scott purchased  S.V. Blew Dreams and became a member of the team. Captain Scott is a natural on the water and loves sharing the joy of sailing with people. It is amazing the way he gets everyone involved and makes them feel like they are part of the crew. He instills confidence in a first timer to get behind the helm or trim a line. He is also a lover of adventure and will creatively guide each trip to be unique to those aboard.

First Mate Todd Hennings spent 10 days in 2016 sailing in the British Virgin Islands with a new friend, Scott Renzi and that time confirmed his suspicion that; Yes, sailing is awesome.  Coming aboard as first mate this season continues Todd’s lifelong goal of seeking out adventure. 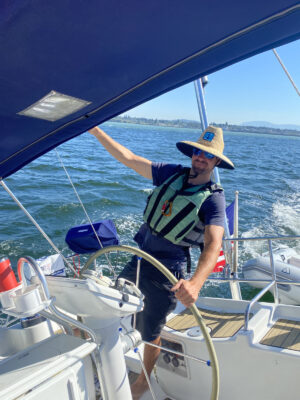 Having graduated from the Art Institute of Houston in 2004 with an Associate Degree in Culinary Arts, he headed West to Northern California.  From catering salmon bbq dinners on the Klamath River to working at Plaza Grill and Golden Harvest Cafe, he continued exploring his love of cooking.  In 2009, he moved to the remote town of Patrolia on the Lost Coast where he spent five years homesteading on a property that was accessible only by kayak or canoe in the winter months.

Still based in Petrolia, Todd is a lieutenant for the Volunteer Fire Department, and works a variety of construction projects ranging from equipment operator building agricultural ponds, to creating custom cabinets out of reclaimed old growth redwood.  Currently he is working his way through the American Sailors Association (ASA) courses in preparation for his new role as first mate aboard S/V Diminuendo.